When you’re a small child and you happen to be a frequent visitor of libraries, there’s a certain sense of ritual in moving up from one range of grade-level shelves to the next. It’s the bookish version of being elevated from squire to knight. Except you’re the one holding the sword and tapping your own shoulders. Dub dub. Rise up, Sir Katherine, Explorer of Magic Treehouses, Rescuer of Princesses in Paper Bags. Rise up in the name of our Lord Dewey.

The first time I moved from the children’s section to the YA–out from the forest of rotating pillars of chapter books to the towering skyscrapers of hardbacks and paperbacks, some even thicker than the width of my hand–I felt so damn proud and mature. I strolled over, chin-high, all four-feet of swagger and the dumb little-kid cockiness that comes with knowing that you read way above your grade-level–that you’re a “mature reader,” whatever that means. I browsed over those shelves like I’d always belonged there and knew exactly what I was looking for.

Well, when I was thirteen or so, I decided to take the same stroll over to the Adult Fantasy section. My shoulders were set. I did my casual, totally-mature-enough-for-this perusal. And my eyes caught on a particular name: R.A. Salvatore. Wow, I thought. Now that is a fantasy author name. So I snagged one of the copies and took it to the check-out counter feeling pretty good about myself.

Hours later I was staring at the pages in horror. See, up to that point I had only been exposed to one type of elves in fantasy: the pretty, regal ones from Tolkien’s world. The ones that look like they’ve been airbrushed to hell (or heaven) and back in the movies. Then I discovered Salvatore’s female drows, who were apparently very mean, casually-whip-carrying elves with a penchant for dealing out physical punishments.

I stopped about two chapters in, wiser of the depraved ways of adult fantasy lovers, then reread Artemis Fowl in an attempt to cleanse my brain.

So if you are a teen, or an adult who wants to take a first dip into adult fantasy, here are some recommendations for books–new and old, popular and less-known–that blur the line between YA and adult, and may help make your transition a little less…traumatic. 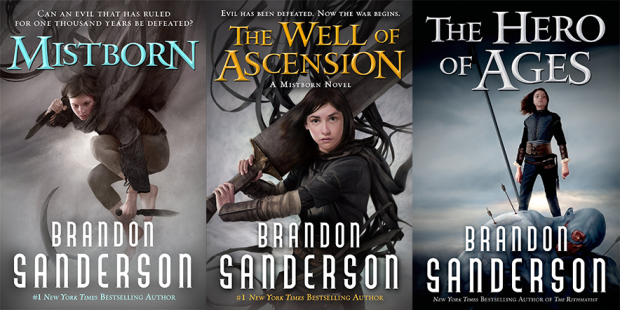 Most of Sanderson’s work is accessible for younger audiences, in my opinion, but I think the first Mistborn trilogy serves as the best jumping-off point to the Cosmere universe. The series is chock full of great worldbuilding and one of the most dynamic magic systems out there, but the characters are what really sells the story. Vin’s struggles to find acceptance and love, amidst revolutions and wars and political turmoils, is one that anyone can easily empathize with. Her journey from unknown street urchin to hero will leave you fist-pumping and clinging to the edge of your seat.

2. Daughter of the Forest by Juliet Marillier 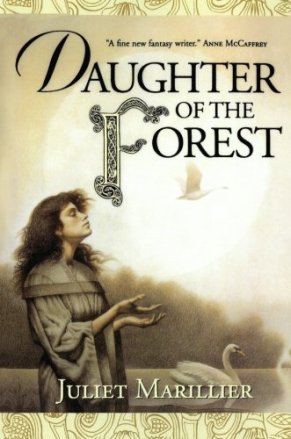 The first in a series that is one of my all-time favourites, Daughter of the Forest is a take on a classic fairy tale, The Six Swans, in which a sorceress turns her stepchildren into swans. Well, all except for one–Sorcha, the sole daughter of the Sevenwaters family. The curse on her brothers will only be broken if she can make six shirts out of nettle plants (starwort, in this version) and remain silent through the duration of the task. It’s a story that is at once otherworldly and so utterly human–one of old magics, families, and sacrifice. Sorcha’s selflessness and courage and love in the face of unrelenting evil was nothing short of inspiring to me as a teenager. I think it was one of the first books I read where a “strong female protagonist” didn’t simply equate to a genderbent version of a male fantasy protagonist–physically strong, snarky, and hating “traditionally female” tasks. Though there are many retellings of the original story, Marillier’s version is one that all young women (and men) should read.

3. The Silvered by Tanya Huff 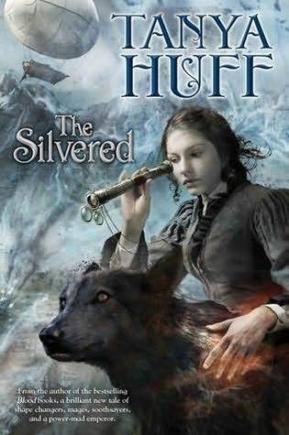 The Silvered is a shapeshifter story done to perfection. Aydori is a kingdom in which werewolves and mages coexist and rule together via marriage. One day, the neighbouring Empire decides to swoop in and kidnap five Mage-Pack women and everything is thrown to chaos. Now it’s up to Mirian Maylin, a mage with very little magical ability, and Tomas Hagen, brother of the Wolf Pack leader, to rescue them.

This may seem like a typical paranormal romance at a glance, but it’s not. Mirian is no heroine falling head-over-heels for the mysterious wolf boy, and Tomas is no brooding alpha douche. She’s a no-nonsense young woman with a practical approach to everything, and he’s a confused young man recovering from a recent tragedy. They’re complex characters and to see their relationship develop from wary trust to friendship (and more…?) is an absolute delight.

4. Age of Assassins by R.J. Barker 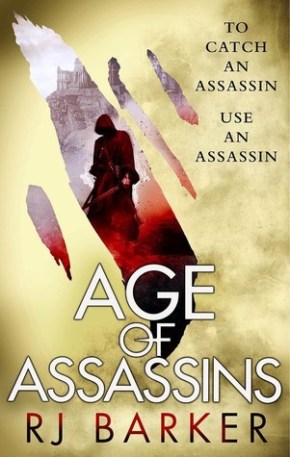 If any (softcore) grimdark deserves to be displayed on the YA table at the local bookstore without leaving me shaking my head in bafflement, it’s Age of Assassins. Fifteen-year old Girton Clubfoot is an assassin-in-training with a master who is, arguably, the best in the land. But he’s also a sheltered teenager. And when he and his master become tasked with preventing the assassination of the kingdom’s crown prince, he finds himself flung into a whirlwind of court politics. Girton is an utterly likeable character and his struggles to navigate the social cliques within the castle, fend of bullies, and deal with first-time crushes are things that all young readers can relate to.

5. A Green and Ancient Light by Frederic S. Durbin 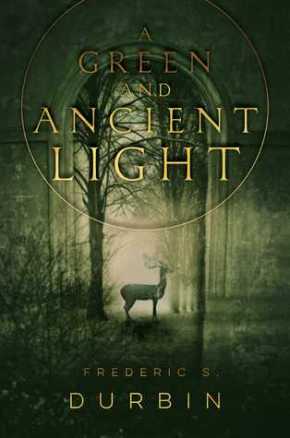 A Green and Ancient Light is one of those stories that feel timeless, perfect for anyone–child, teen, or adult. It’s old riddles and magical creatures and discovery of worlds that exist just beyond our own. It juxtaposes the beauty of childhood and fairy tales with the harshness of human conflict.

I would compare my experience with it to sitting on a porch on an early summer evening with my eyes closed, basking in the the caress of the waning sunlight.

A soft, gentle story for fans of The Book of Lost Things and Over the Garden Wall.