The prompt for this week is actually BFFs in SFF, but since this is Wyrd and Wonder month, I figured I’d just stick to fantasy. Also, a special shout-out to Locke Lamora and Jean Tannen who totally would have made the list, but things were turning into a bit of a sausage fest so I ended up replacing them with a female duo.

Join us, friends. There’s plenty of love to go around. 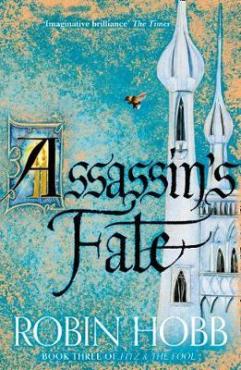 “I set no limits on that love.”

There are many reasons why RotE is my favourite series of all time, but Fitz/Fool/Nighteyes stands at the top of the list. I. Just. I don’t know how to explain how much this OT3 means to me without coming across like a crazy person. They have been the subject of too many poems scribbled out in the fury of 2 AM writing sessions. When the series ended, I had to sit my friend down to blubber about them for an entire afternoon because they were haunting my waking hours and it felt like my heart was imploding. It sometimes scares me how deeply I feel about these characters, because hell, they’re fictional. But then I think, “So what?”

And here’s an unpopular opinion for the RotE fandom: I’m perfectly fine with Fitz and Fool’s relationship being a platonic one, because their relationship is as romantic as you can get without actually being romantic and we need more examples of those in mainstream media (more on that later). Also, I don’t believe your soulmate has to be someone you’re romantically involved with. I just think it’s someone–anyone–who gets you right down to your marrow, and spending two days with them is equivalent to two lifetimes’ worth of connections. We’d all be very fortunate to experience that once in our life, and Fitz has had two of them. One with a wolf, the other with a prophet.

I’ve never come across a group of characters who throws so much of themselves into loving each other as these three, and I don’t think I ever will. 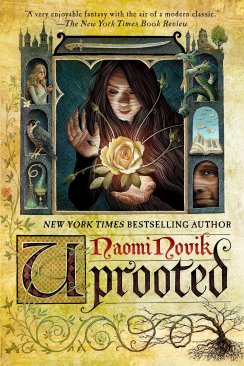 I don’t think I realized how desperate I was to see good female friendships in adult fantasy until Uprooted came along. The romance with the Dragon wasn’t the highlight of the book for me (male love interest who’s broody for the sake of being broody  = been there, done that); it was Niezska and Kasia’s relationship that captured my heart. Their friendship is built on a foundation of mutual love and support, but also acknowledgement of some of the more negative feelings (jealousy in particular) that stand between them.

Felicity and Johanna – The Lady’s Guide to Petticoats and Piracy 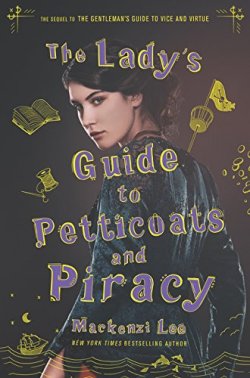 I enjoyed Lady’s Guide far more than I did Gentleman’s Guide and I can thank Felicity and Johanna for that. What I love about their relationship is that it’s not all smiles and matching friendship bracelets. There’s several suitcases worth of resentment and misunderstandings that they need to sort out before they get anywhere, and I love that. I love seeing girls with vastly different personalities learn from each other, admit when they’re wrong, and come out of the whole kerfuffle with a more open mind.

Rune and Brand – The Tarot Sequence I rambled on about intimacy and the rigid preconceptions of romance versus friendship in my review for this a year ago, and I’m going to ramble about it again now, because this is something I feel very, very strongly about.

It so often feels to me that society draws a line in the sand when it comes to relationships and gives us a list of acceptable behaviours for each respective side–one for friendship, one for a romantic/sexual relationship. So two friends can kiss each other on the cheek, but kissing on the mouth is, like, a sexual territory, so watch out for that! And et cetera.

At best it’s annoying (in my experience, super invasive questions from family and acquaintances). At worst it contributes to toxic behaviours and insecurities about intimacy and affection, along with a horde of other mental health issues.

So I think it’s incredibly important for fictional media to portray the kinds of relationships that blur this line. Relationships that can’t be shoved into boxes and stuck with a big, fat label. This means friendships with the kind of emotional depth and physical intimacy that you find with romantic pairings.

And that’s exactly the kind of relationship that Rune and Brand has. Romantic without the romance. Intimacy without the sex. Snark without the underlying cruelty. Their friendship is by far the best one I’ve found since finishing Realm of the Elderlings, and if you read what I wrote above, you know I don’t say that lightly.

Frodo and Sam – The Lord of the Rings

No explanations needed, really. They’re Frodo and Sam. They’re the OG ride or die male duo. Their love and loyalty to one another kept the world from descending into darkness, and if that’s not friendship goals, I don’t know what is.

So, I wanted to talk about these two anime series as a bonus because their friendship storylines are off-the-walls phenomenal and I couldn’t not include them. And then I got a bit sidetracked thinking about friendships in western versus eastern SFF media.

I always enjoy comparing North American and East Asian narrative works (Korean and Japanese, primarily) because I grew up on the latter and then partially migrated to the former, and while I adore both, there are some things that one offers that the other often doesn’t. And while the reasons for some of them are obvious, like the lack of non-fetishized LGBTQ+ and mental health rep in East Asia, others aren’t (for me, anyway). And that includes intense, no holds barred, I’ll-walk-into-the-depths-of-hell-for-you types of friendships–which I always found that Japanese and Korean media does a better job of than NA.

…And I’m not quite sure why.

I have some vague hypotheses but it’s something I need more than a few nights to think about. It’ll be a future post, maybe. And if you have any ideas, leave them in the comments! I love love love discussing these things.

For now, onto the anime! These two kids slay me. Watching Killua become best friends with Gon and go from an assassin-in-training with the social skills of a cactus to a kind-hearted, sensitive boy is honestly the best thing about this series.

And there’s this one scene where Killua breaks down into sobs in front of another character (in the middle of a friggin battle) and talks about how helpless he feels because his best friend is suffering and he doesn’t know how to fix that. It’s beautiful, heartwrenching, and startlingly vulnerable, and I would give my left arm to see more scenes like that in western fantasy. 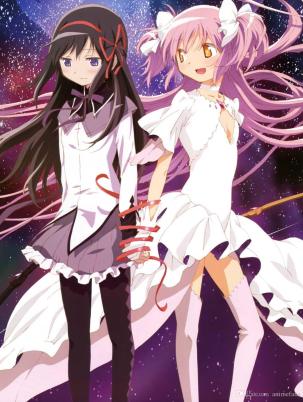 Back in 2011, Madoka Magica grabbed the magical girl genre by the throat and shook it into something we’ve never seen before. There have been many copycats since then but none with the same kind of presence as the original, and that largely has to do with these two characters. There’s a reason why I own six figurines of them.

Get yourself a friend who would travel back through a timeline again and again to save you from a terrible fate, only to watch the same tragedy played out in increasingly worse ways, and then swallow that pain and do it all over again because she believes you’re worth sacrificing everything for.

I would, no question, die for Madoka and Homura. And then reset the timeline and do it again.

Soooo this was meant for this to be a short and sweet post because I was on a mini break for the past week and a half and I wanted to write something that was easy.  I don’t know how it devolved into a rant about three different topics. 😂

Well, onto you! Who are you some of your favourite fantasy (or scifi) BFFs?

25 thoughts on “Top 5 Wednedsay – BFFs in Fantasy (plus musings about intimacy, societal expectations, and friendships in western vs eastern media)”