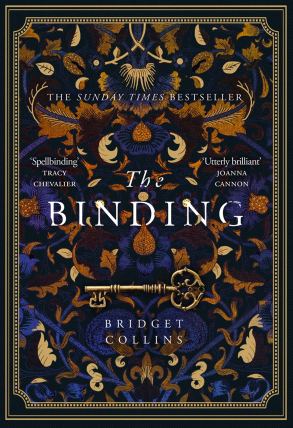 Emmett Farmer is working in the fields when a letter arrives summoning him to begin an apprenticeship. He will work for a Bookbinder, a vocation that arouses fear, superstition and prejudice – but one neither he nor his parents can afford to refuse.

In a vault under his mentor’s workshop, row upon row of books – and memories – are meticulously stored and recorded.

Then one day Emmett makes an astonishing discovery: one of them has his name on it.

“Don’t think of it as a fantasy. Think of it as a romance” was the mantra I repeated to myself when I started this book because I’d heard it was less of a fantasy and more of a relationship-focused story with a tinge of magic, and I was determined to do whatever it took to love it.

Because guys. I adore stories about memories. I mean, I adore memories, period. I love the nitty-gritty cellular study of it, and as a wannabe armchair philosopher, I love musing about it in the wee hours of the morning. And I especially love it when the sciences and humanities decide to join hands and create masterpieces like The Endless Sunshine of the Spotless Mind.

Now, The Binding isn’t science fiction. But it is historical fantasy holding hands with queer romance–which I figured was the next best thing.

So I was ready to overlook a lot of stuff, and I did.

I could overlook the vague details surrounding the process of binding and the history of how it came to be, because a lot romance stories tend to be light on worldbuilding. I could also overlook the very convenient series of events leading up to the ending, because this isn’t trying to be a masterfully plotted story. And I could overlook the ending feeling a little unfinished because, hey, satisfying endings are hard to pull off.

Emmett’s narration (totaling about 2/3 of the book) is a frustrating example of first person PoV being used like a third person. With his ailments and memory loss he would have been the perfect character to deep dive into–which first person should allow and entourage us to do–but we never end up getting past the surface layer. And his surface layer presents him as farmer’s son who becomes a bookbinder who’s also kind of judgemental of the people he meets. And…that’s about it.

Lucian, his love interest, is a far more interesting character and once his narration takes over last 1/3 of the story, things really kick off for the better. We get a little more insight into binding and how it can abused in the hands of wrong people, and the suffocating atmosphere of Lucian’s household is portrayed very well. I also quite enjoyed seeing the changing developments in their relationship from his perspective.

But at the end of the day, a love story isn’t a one-person show. If I can’t connect with one of the involved parties, I can’t fully connect with the story as a whole.

So while I didn’t dislike the book–it was a pleasant read for the most part, with some genuinely beautiful and thought-provoking moments–I’m still fiercely disappointed because it could have been so much more. A deeper love story and a deeper look into the erasure of memories and whether the loss of pain is an acceptable trade-off for the loss of yourself. And I’m having a hard time getting over that.

Review copy provided by the publisher via Netgalley. All opinions are my own.

19 thoughts on “Review: The Binding – Sweetly Flawed and Somewhat Forgettable”