I missed posting last Monday because I got super sick during the weekend and didn’t really have the energy to blog for the rest of the week. Luckily I had multiple (*gasp*) posts scheduled that week, which was a first for me. So that was pretty heady. I don’t know how you people have posts scheduled weeks ahead of time and not collapse from the rush it gives you.

In other news, Saturday was my birthday.

And birthdays after age 18 or so have been traditionally…strange for me (which is a polite substitute for more grim words). The best description I can come up with is that it’s a day where I tried so hard to be happy (because my loved ones were and the last thing I wanted was to add another tally for why I didn’t deserve their love) that I ended up falling deeper into sadness. And attending parties and dinners felt like being trapped in the body of someone I didn’t recognize. Someone who smiled and said all the right things and was very good at seeming happy. My dreams of being an actress only lasted from age 7 to age 7, but I did become quite good at pretending to be that someone.

Feeling guilty about feeling sad is a really hard thing to get over, especially when people are telling you you should be happy.

Oof. Sorry for the downer intro, guys! It’s just been a weird week. And I’m not trying to make you feel guilty about wishing me a happy birthday or anything. Go right ahead! This is just me writing to process complicated feelings.

So, yeah. Happy Birthday. I’m sad and trying to learn to be okay with that.

A Boy and His Dog at the End of the World by C.A. Fletcher:
Review to come tomorrow. Spoiler: I really, really liked it.

The Guildmaster (The Vanguards of Viridor 3) by T.S. Cleveland ⚔️🌈:
A fun fantasy romance feat. a kind pirate captain and an MC with father issues.

The Rest of Us Just Live Here by Patrick Ness 🗝️⚔️🌈:
This was a reread for a post I’m currently drafting. When it first came out I thought it was a weird departure from his previous books (tonally, at least), but I actually found myself appreciating it a lot more this time around. 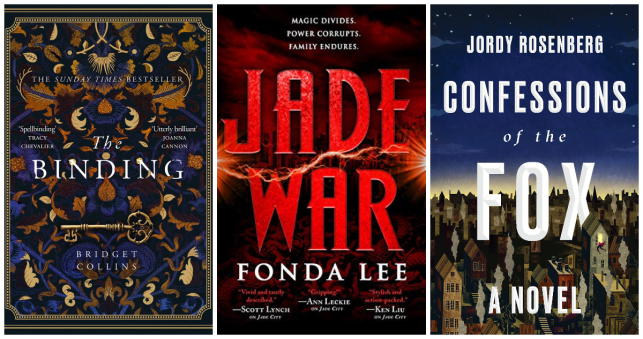 The Binding by Bridget Collins 🗝️⚔️🌈:
Finally started on this one! Half the people I know seem to think it’s amazing and the other half is very “meh” about it, so this should be interesting…

Jade War by Fonda Lee ⚔️:
I nearly fell out of my chair when I got this. I probably should read some other ARCs that are closer to publication date (or overdue), but screw it.

Confessions of the Fox by Jordy Rosenberg 🗝️🌈:
This is a reimagining of two historical figures. Two historical criminal figures, to be exact–one Jack Sheppard and Edgeworth Bess, who were apparently the Bonnie and Clyde of 18th century England. In this version, Bess is a Asian woman and Jack is a trans man. It promises capers and sexy times. And what more can I ask for??

I’m still whacking away at Sekiro (and really, really enjoying it). I’m also playing through Inkle‘s latest title, Heaven’s Vault, which is a sci-fi archaeological narrative game that has you exploring the nebula and piecing together clues about lost empires and their hidden mysteries. Inkle has yet to disappoint me with their games and this is no exception. I love it. A LOT. It triggers wanderlust and curiosity like nothing else I’ve played so far this year. 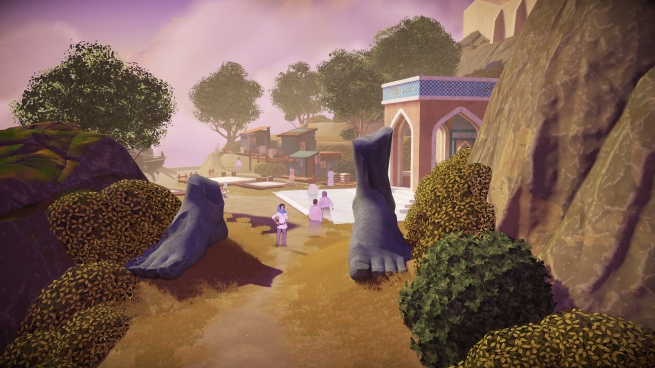 How was your long weekend? Holler at me all your reading and gaming plans for this week!

41 thoughts on “Monday Chatter: A Birthday of a Sort (And Books)”