This week’s topic is: Top of Your TBR.

And…that’s it. No fancy rewording for this one; it’s what it says on the tin. (Though I did limit the list to books that are already published) See, mom, I can simplify things!

Bridge of Clay by Markus Zusak 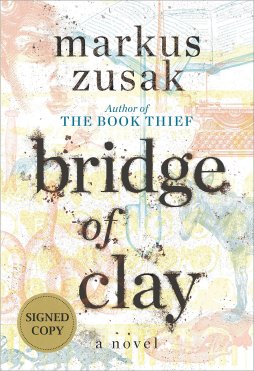 What’s an alternative phrase for “performance anxiety” to describe how you’re anxious about the performance of the other party because it’s been 10 long years of waiting–and you know it’s going to be good because they know exactly how to push your buttons, but what if it isn’t good?–so you keep putting it off and making half-hearted excuses like “Sorry, can’t today. I’m washing my hair” and “The stars aren’t aligned tonight. Not a good time”?

…Asking for a friend.

Right. Come February it’s gonna be you and me, Bridge of Clay. Show me what you got.

The Night Circus by Erin Morgenstern

I’ve been announcing to myself every year since 2011 that I’m going to read this for sure. Why break a seven-year tradition?

The Girl in the Tower by Katherine Arden

I’ve been hearing so many incredible things about The Winter of the Witch from several bloggers whose opinions I wholly trust, so I figure now is the best time to continue with the series. It hasn’t been all that wintry here thanks to El Niño but at least I can live vicariously through Arden’s vivid descriptions.

I mean, firstly, it’s a Sanderson book (and I hear it’s great which is utterly unsurprising). Secondly, I have a feeling this might be a good sampler on what the third era Mistborn books might be like. Thirdly, it’s an overdue ARC and I really need to start chopping away at those. 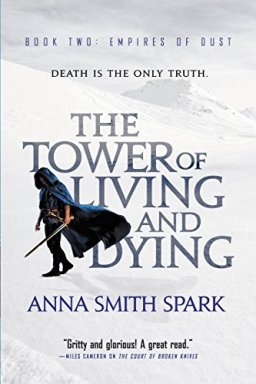 Another one that I absolutely wanted to get to in 2018 but couldn’t.

A few tidbits on these books (because I never actually talked about them on this blog):

Despite my local bookstore’s propensity to stick this series in the YA display (because women can’t possibly write grimdark fantasy for adults, amirite?) it’s very much an adult grimdark and probably best I’ve read in the past couple of years, for several notable reasons.

One, it’s sexy, which I never thought I’d say about a grimdark story. Yet it doesn’t weaponize sex to fuel the grimdark aspect (a common complaint I have with these books)–so there’s no rape or attempted rape to be found here.

Two, several of its main characters happen to be queer which is definitely something I don’t see in this subgenre (the traditionally published ones, anyway).

Three, Spark’s prose is the kind that I want to roll around in for days–a gorgeous interplay of poetry, sensuality, and bloody violence.

And if you’re now wondering, “Hell, why is it taking you so long to get to it, then?” don’t worry, I’m right there with you.

What are some books that are at the top of your TBR right now?