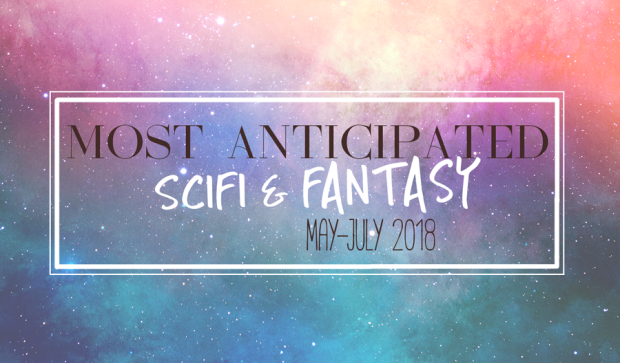 I’m back! The good news is that the anxiety has subsided with the help of good books, sun, and my decision to start drawing art again. The not-so-good news is that the anxiety has morphed into abdominal issues, a light fever, and the possibility of an ulcer or appendicitis. Which is…fun. So I need to be monitoring that for the next few days. Meanwhile, I’ve really missed writing blog posts! So here’s one that I probably should have posted a week ago.

For those who haven’t seen my first Most Anticipated posts, I decided to split my lists into genre and months because if I were to fit them all into one giant post you’d be scrolling down this blog for days. This one covers Scifi and Fantasy releases from May to July.

♠ The Poppy War by R.F. Kuang (May 1st)
I’m reading through this right now and it’s very good. The hype is well-deserved.

♠ The Rig by Roger Levy (May 8th)
I already sampled the first couple of chapters and it’s as wonderfully strange as I’d hoped it would be. I can see why Ladie Tidhar was asked to blurb it–it’s very reminiscent of Central Station.

♠ Armistice (Amberlough Dossier 2) by Lara Elena Donnelly
(May 15th)
The sequel to Donnelly’s dazzling art deco debut, Amberlough, which featured strippers, smugglers, spies, fascism, and a whole lot of heat. Here’s to hoping Armistice isn’t quite as heart-shattering as the first. I’m not opposed to some shattering, but the glue that’s holding together the pieces of my heart from the last shatter still hasn’t fully dried yet. So be gentle, Lara. Please. 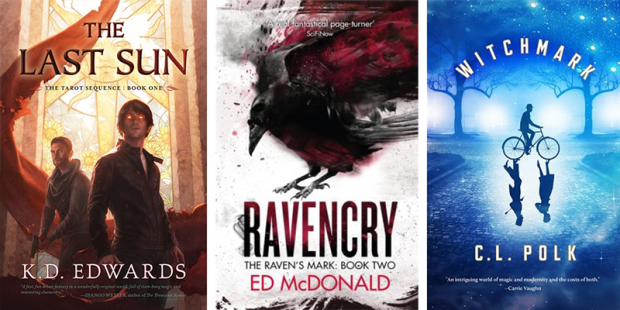 ♠ The Last Sun (The Tarot Sequence 1) by K.D. Edwards (May 8th)
I already read and adored this, so here the “most anticipated” equates more to “I can’t wait to get my hands on multiple physical copies so I can annotate the hell out of them. And snuggle them. And have candlelight dinners with them.”

♠ Ravencry (Raven’s Mark 2) by Ed McDonald (June 14th – UK; August 21st – NA)
I loved the Noir-feel of Ed McDonald’s grimdark debut, Blackwing, and the world he created manages to be bleak and wondrous at the same time. Suffice to say, I’m very much looking forward to seeing where the story goes from there.

♠ Witchmark by C.L. Polk (June 19th)
A historical fantasy set in Edwardian England with exploration of queer relationships against a World War I backdrop. I mean…what more incentives do you need? 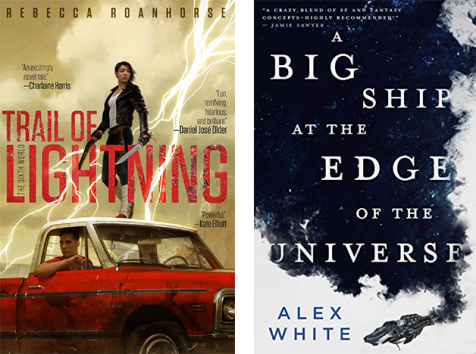 ♠ A Big Ship at the Edge of the Universe by Alex White (June 26th)
A Borderlands-esque world and a plot that features treasure hunting and two women on the run from space cops? And an f/f romance to boot? Hell yes. 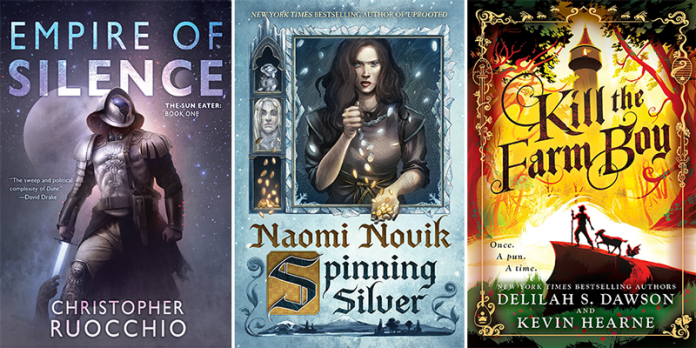 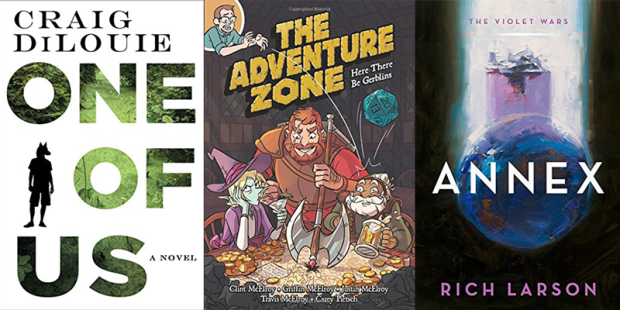 ♠ One of Us by Craig DiLouie (July 17th)
Claire North calls this book “The Girl with All the Gifts meets To Kill a Mockingbird.” Well, sign me up.

♠ The Adventure Zone: Here There Be Gerblins (July 17th)

This is a graphic novel based on the McElroy brothers’ The Adventure Zone podcast and I am super stoked to see these beloved characters and their shenanigans in illustrated form. For those who are unaware of the podcast, I highly, HIGHLY recommend you go check it out. Even if you don’t know who the McElroys are. Even if you don’t know a single thing about D&D or RPGs. These guys have created an unforgettable journey chock full of silliness and poignancy, and their characters will stay with you for a long, long time. 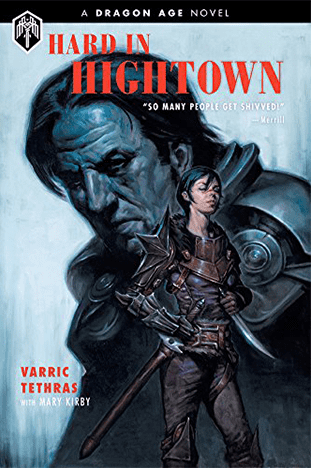 Does this count? This is a book that exists in the world of the Dragon Age games, written by one of its characters Varric Tethras and thus written by Mary Kirby, who is Varric’s writer. Very meta. Despite what the title might suggest (Varric has a tendency to assign risqué titles to his crime/adventure books and serious titles to his romance books), this is a crime story featuring the city guardsmen of Kirkwall. Dragon Age is my favourite game series of all time and I’m super excited to add this to my collection of DA swag.